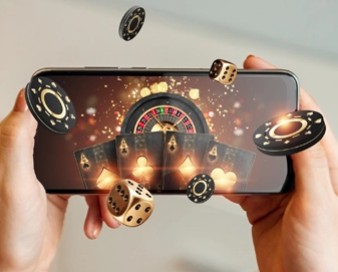 By merging several visual mediums in video games, a unified gaming universe is produced. To make sure that games function properly and don’t freeze during play, creating realistic virtual environments is difficult and usually requires specialist software. To do it, game designers use game engines.

Because they have the power to create or break the overall gaming experience, choosing the appropriate mobile game engines is crucial. A gaming engine essentially provides programmers with the resources they need to make original video games. However, the majority of developers usually inquire about how to pick the best platform based on a variety of factors, such as the game’s 2D or 3D nature and the available resources.

It might be difficult to choose which platform to use when developing mobile games because there are so many different factors to take into account. Unreal and Unity are still the two most popular mobile game engines among developers. In order for you to get started, we’ll go over both of their features, advantages, and disadvantages in this post.

What Is A Game Engine In Mobile Game Development?

Some of these features include the development of characters, gaming scenes, additional visuals, music, character and environment animation, artificial intelligence, and other factors.

The Unity and Unreal engines are comparable to integrated development environments. These platforms offer a range of ready-made graphic tools and flexible software that streamline game production. Unity and Unreal perform manual tasks in the background, allowing designers to focus on the current, more crucial problem. To produce 3D games, several companies work with a Unity Game Development Company.

The goal of every game is to have fun. Because of this, game engines created for mobile platforms enable a variety of input devices, such as gamepads, touch screens, mouse, and joysticks. The two most well-liked methods of encouraging input are polling and events.

A computer keeps track of various input events, such as right-clicking a mouse or moving the arrow key up. Then, in response, the video game engine of your choice executes a unique piece of code. Your input value is correctly positioned, much like polling. In return, your game allows you to control movement and advance via a variety of tasks.

Audio and image rendering engines are examples of sub-components in a gaming engine. The quality of a game’s graphics and music entirely dictates how it plays out.

3D visuals can be created for 2D screens using specialized software such as Blender or Maya. It’s crucial to have graphics that smoothly match the tone of your game. Different game engine software incorporates added capabilities like shadows, blending, lighting, and so on to help make the various game components look realistic.

AI ponders and has a big impact on how well a game performs. When a mobile game developer or designer creates a game based on user behavior, the artificial intelligence engine automatically offers recommendations. A few examples of player activities include expecting input based on previous answers or knowing which weapon a user will choose.

Making mobile games with AI integrations will be easier if you use a game engine. This is because artificial intelligence relies on prewritten scripts produced by several engineers and software specialists. Instead of writing complex code for every action, you can rely on the game engine to simulate characters through pre-established behavior connections.

The advent of the internet made gaming more social and interactive. A networking engine allows you to play multiplayer and social games with others!

A mobile game engine essentially aims to provide every player with a fully functional game. Many video games have online social and multiplayer gaming from many years ago. However, thanks to additional support and scripts from game engines, you don’t have to worry about integrations, traffic, or other things.

Software is not complete without a physics engine, especially simulation-based games. The velocity, fluidity, and acceleration kinematics subcomponents of the physics engine are crucial for building games that are based on actual movements and activities. Video game car crashes are an excellent example of how the issue is graphically shown in real-time.

What Exactly Is Unity?

One of the most popular tools for making mobile games is Unity Technologies’ game engine, which is used by over 45% of all developers. More than 25 systems, including Windows, Mac, PlayStation, Oculus, and Xbox, are compatible with Unity. Many users prefer Unity because it offers the adaptability of building in 2D, 3D, and virtual reality.

The Unity Mobile Game Engine is completely free for personal use and very user-friendly. Almost all game developers can make fully functional, excellent games with optimized performance using this platform.

For inexperienced developers or smaller teams from mobile game development businesses, the Unity Assets may be useful. Everything from 3D pictures to music, custom scripts, and AI editors can be found here. Even though the community provides the majority of the content, Unity frequently releases free resources to help you.

Train simulations, character animations, and 3D movies are all made using a program called Unreal Engine, which is used to make video games. It gives artists the ability to turn their ideas, depictions, and content into video games that are intended to provide players a cinematic experience. The Unreal Engine is used to create games for a range of PCs, gaming consoles, smartphones, and virtual or augmented reality.

In addition to being used to develop mobile games, Unreal Engine enables IT professionals to automate assets, user interfaces, data operations, and content administration from a single platform. Users can also save their customized data filtering preferences for later use.

RPGs, stealth, and fighting games are currently the three main game genres that use Unreal. On this platform, users can quickly create a wide range of games, live streaming, and other visual representations of their game. However, the engine can also track data conversion and carry out other beneficial analytics.

Unreal is compatible with a variety of game systems, including Android, Microsoft, PlayStation, Macintosh, and Nintendo.

Similarities Between Unreal and Unity

Games for PC and consoles can be made using the acclaimed game engines Unity and Unreal. The apps give you all the necessary tools and parts for creating games without demanding a monthly fee. Advanced physics simulation, landscape editors, animation tools, support for virtual reality, and much more are also included with the Unity and Unreal Engines. Because their toolkits offer identical functionality, you can change the core of your game anyway you choose.

Unity and Unreal are capable of producing graphics in high quality. They bridge the gap between the majority of other software interfaces when used together. Regardless of your level of understanding, the program is very user-friendly and highly recommended.

The two systems are functionally equivalent, although Unreal is open-source while Unity is a cross-platform game engine. This suggests that Unity-created games are instantly playable across all platforms they support. However, the creator of these games is the only one who can change them. On the other hand, since the Unity source code is available for download, anyone can modify the games.

Despite the fact that both engines have a huge active user base, Unity has more users. Additionally, Unity employs the much faster C# programming language rather than Unreal’s C++. Because of Cspeed, #unity is viewed as a superior option for developing mobile games. Unreal has greater tools for multiplayer, animation, and visual effects while Unity is more restrictive and focuses on technological improvements and real-time aesthetics.

Because of the functional differences, the Unreal Engine is more frequently utilized to create games that run on a variety of operating systems. But the main purpose of Unity is to produce game plugins. Unity offers more modules and add-ons than Unreal does in terms of assets. Both mobile game engines have excellent visuals, but the Unreal Engine has nearly three times as many high-quality graphic options.

Additionally, Unreal renders and processes projects more quickly than Unity. This may help to explain why the Unreal Engine costs royalties despite being free to use.

Using Unity to create mobile games is free. But there aren’t many features in the free version. The pro version of Unity with its extra resources can cost anywhere from $399 to $1,800 per year. Depending on the investment and revenue generated by your company, their pricing possibilities alter.

The creation of games would be challenging without tools like Unity and Unreal. Both engines have benefits and drawbacks. As a result, the winner is determined by the project requirements.

Unity is renowned for its user assistance in addition to developing 2D and 3D simulations. On the other hand, Unreal is superior for large-scale games due to its unrivaled graphic quality.